Once again I have been asked to make my predictions on brand and marketing trends in Vietnam as the new year arrives, and after observing local and international marketing activities I have selected the following.

Vietnam welcomes 2016 with series of free trade agreements (FTA) to come, such as the ASEAN Economic Community, the EU-Vietnam FTA, and the TPP, under which Vietnamese companies will face international competition and marketing opportunities. As a consequence, brands will be forced to defend their local market share while searching for international market expansion. In this context, international marketing is a key weapon to take local brands to global consumers. In the past this has been no easy task for marketers around the world because of its high cost and cross-culture complexity.

Through observing the happenings in the communication activities last year (2014-2015), based on the analysis of statistical data, the researchers find two primary themes in 2016 and 5 comments on the marketing communications in Vietnam which continue to grow rapidly in 2016 and following years.

Spending on media continues to shift from traditional to digital products and services at a rapid pace. By 2019, we believe digital spending will account for more than 50 percent of overall media spend. Within this, digital video spending will overtake physical spending by 2018, two years earlier than we had previously forecast. Digital, consisting of Internet and mobile advertising, will become the largest advertising category by 2017, surpassing TV one year earlier than forecast, and mobile will more than double its share of the digital ad market.

This rapid digital shift is being driven in part by the growing number of connected consumers, the expansion of mobile telephony, and elevated mobile broadband adoption. As it continues, it will not only expand the digital share of the media wallet, but have a structural effect on almost all media sub-sectors, redefining business models.

Another important change we find is the rise of global content intermediation and integration, as leading social-networking platforms, both personal and professional, provide videos, music, and news from outside sources directly to their users.

We also see a third key change: As digital media gain ground, advertisers are increasingly accepting the validity and persuasiveness of advertising on these media. Besides, we should not forget that traditional media remain a considerable factor. 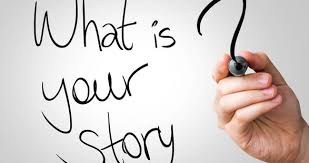 What keeps you coming back to your favorite books, TV series or movies? A good story. Publishers and producers know this and have become masters at using the power of story to draw big audiences.

Today, businesses are relying less on buying audiences with paid ads in traditional mass media and are turning to marketing on social media. However, to be successful we must approach this new media with a different mindset.

In advertising marketers interrupt the story people want to see with brand promotions that pay for it. Yet, in social media marketers must create the content people want to see. Brands must interest the audience themselves by telling a good brand story. But what makes a good story?

To research the power of story my colleague Michael Coolsen and I analyzed two years of Super Bowl commercials - the one time people choose to watch advertisements for the enjoyment of the ads themselves. We wanted to know which ads were the most liked, the ones that drew interest with buzz and votes to finish in the top of the advertising ratings polls.

We coded the commercials based on Freytag's Pyramid, a theory, which breaks down story into five parts: introduction (exposition), rising action, climax, falling action and resolve (denouement). Shakespeare used this story formula to draw mass audience for his five act plays.